Hunting is one of the most exciting hobbies out there because the satisfaction it gives you after locating your prey, approaching it slowly and carefully, then shooting and hitting it right where the arrow should go.

You see, that is the whole point of using a bow, because even though rifles are much more lethal as they have more range and firepower, they feel too technological and distant. Bows, on the other hand, make you feel that primitive hunting experience, gets you really close to nature and to the feel hunters had throughout all of human history. It is genuinely that authentic experience that hunting enthusiasts crave.

The difference between an amateur hunter and a more skilled one is highly visible when they are near a potential prey, because even the slightest mishap can deny you the chance to bring it down successfully.

Hunting is very simple to get into, as you only need a conventional bow, arrows, and adequate clothing. Then, you should acquire considerable knowledge, coupled with experience, because only then will you develop your skills, and over time, you’re going to experience exceptional situations.

But first, let us walk through what you’ll need to start this journey, as this article will aid you immensely to start on the right foot!

There are three types to choose from according to your preference and needs, which are the Compound Bow, the Recurve Bow or the Long Bow. The crossbow won’t be discussed in detail mainly because we want to put manual bows the forefront, so no need to get your crossbow scope.

You have to keep in mind your state’s regulations regarding the minimum rating for draw weight, which is usually 45 lbs. This won’t be particularly a worry if your pick is the compound bow, because it is generally set above it anyways.

The main difference between the Long Bow and the Recurve Bow is that while the first is easier to draw thanks to its’ limbs being longer. The latter is faster, and generates a lot less recoil and is generally easier to shoot with. Moreover, there are two types of the quick-shooting variety, the take-down bows, and the fixed limb ones, with the latter being more extravagant and the latter far easier for carrying around because its’ limbs are removable.

These types of bows have equivalent weights that are much lighter than the compound variety. However, the end of the limbs have cams attached to them, which makes the latter’s shooting speed uncomparable.

The shooting velocity isn’t a dealbreaker for Field Archers in particular, even though it is highly in-demand because it boosts the precision considerably. However, to other hunters, the arched flight path necessitates an incredibly fast bow, because a surpassing a small margin of error with a slow shooting speed will make for a considerable deviation from the intended target. This especially holds true for Long Bows and Recurve Bows.

Compound Bows, on the other hand, have a more straight trajectory which facilitates hunting large prey and improves precision by a considerable amount.

In the end, no matter the type of bow you choose, if you get adequate arrows and broadheads for it, and as long as it meets the draw weight criteria, it will serve you will.

Appropriate bows and accessories for hunting might get you pretty far, but without the right knowledge, you really can’t do much in most situations. There are primordial pieces of information that you must be aware of during the process so you can act on them and understand what happens adequately.

No matter what type of prey you’re hunting, there are some things you should keep in mind. First of all, most game animals bar the nocturn ones can’t stay up at night because of lack of light, so the day for them is from sunrise to sunset. Moreover, they cannot store food, so the only goal they have in the morning is obtaining it. Thus, a location between their sleeping and food gathering or hunting position will be a perfect place for a surprise attack.

The shooting distance limitation will make the selection tougher though, so it should be done carefully. So try to pick a close, yet concealed place.

Furthermore, make sure you don’t interfere with the prey’s trail when you go to your stand. An exception should be noted if you are doing it correctly, which utilizes a “drag rag” that sends off an attractant scent to cover up for your human odor. In addition, if you choose to employ such a method to attract the game, which is drawn to food and urine odors, alongside animal calls and decoys to ensure this result, you can make it approach you close enough for a fatal hit. This is a recently widespread process among hunters, a fact that speaks for its’ efficiency.

The catch in learning how to be a skilled hunter is memorizing the pattern of the prey, and where to set your location according to that, as simple as it sounds. Once you reach a level where you do it consistently, that is when you’ll feel the satisfaction of effortless kills!

We want to especially point out how affordable it can be to enter this sport and be part of its’ community, as to correct the misconception you might have about the price of the gear involved. So whatever may be your financial situation, you can make your start with cheap gear, and then upgrade as you level up your experience and of course, your equally important knowledge.

Even more so, there is a big second-hand market, so you can find excellent gear on the cheap even if you don’t have the financial ability to spend a lot of money on them if they’re new.

So, in conclusion, if you are interested in this hobby, there’s really nothing that can hold you back from diving straight into it! 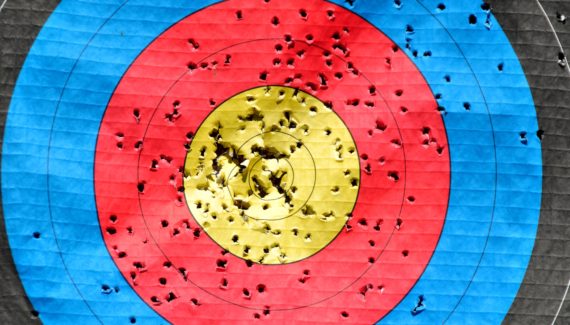